What are the Major Causes for Not Getting Pregnant

Every year, a large number of couples get wedded both in the big cities and in the remote areas. Out of these couples, at least 97% would want to have kids, but the reality of life is that it doesn’t always come that easily.

An article published in Mayo clinic reported that a good number of couples struggle to have a baby and about 10 to 15% of couples in the United States are infertile. Infertility occurs when a couple is unable to conceive after about 12 months of regular unprotected sex.

A large number of societies place the blame on the women when an issue like this occurs,  because they are the ones that get to carry the fetus but it doesn’t really sound fair considering the fact that a woman’s inability to get pregnant could be an issue coming from her side or one from her partner. In other words, there is infertility in men, and there is infertility in women.

Another article published in Medical News Today reports that about 10% of women between the ages of 15 to 44 in the United States have difficulty conceiving or staying pregnant and about 8 to 12% of couples worldwide experience fertility problems.

What Are The Significant Factors That Lead To The Inability To Get Pregnant?

The following are the common causes of the inability of a man to impregnate a woman:

Just as it is in the males, infertility in females has a range of causes and risk factors that can predispose one to it. Some of the major ones include:

While the above factors are the significant causes of the inability to conceive, there are also risk factors to this condition. Factors such as advancement in age, the consumption of tobacco and alcohol use are risk factors. Smoking is said to cause erectile dysfunction, while alcohol use can cause low sperm count and reduced motility. Also, inadequate exercise, overweight, and underweight are all risk factors.

Do leave a comment in our comment section; we want to know how helpful this article was. 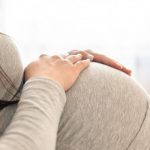 8 Early Pregnancy Symptoms You Should Be Aware OfBlog