What happens if you will not treat your Fibroids?

What Are Uterine Fibroids? Fibroids are smooth muscle tumours that can develop in the uterine walls. When a woman reaches reproductive age, one out of every five women is predicted to develop fibroids. Fibroids affect almost half of all women by the age of 50. Women under the age of 20 are less likely to have fibroids. Dr. Madhu Goel is an expert in Fibroid Removal and provides the best Fibroid treatment in Delhi. Read the article to find out what will happen if you would not treat your fibroids?

Fibroids in the uterus are very prevalent. In fact, by the age of 50, the majority of women have them. These non-cancerous uterine growths, fortunately, are typically harmless. Depending on whether the fibroids develop inside or outside the uterus, they are given different names:

Are Fibroids Worrisome?
It’s natural to wonder, “Are fibroids serious?” After all, they’re abnormal growths in your body. Don’t worry, however. Fibroids aren’t usually dangerous. Fibroids in the uterus seldom result in a medical emergency. It’s possible that this is the result of a rupture. This is typically a dreadful experience. As a result of the blood loss, the discomfort may be accompanied with dizziness. If you get a sudden discomfort in your pelvis, seek medical help immediately once.

Fibroids are seldom dangerous, but they can produce side effects including pelvic discomfort or pressure, heavy menstruation, constipation, and more. In some cases, uterine fibroids might lead to infertility.

Fibroids: Can They Cause Cancer?
Malignant uterine fibroids are relatively uncommon. Only approximately one out of every 1000 fibroids is cancerous. Furthermore, uterine fibroids do not increase your chances of getting uterine cancer.

It is extremely uncommon that someone may die from uterine fibroids. Noncancerous growths are usually discovered and monitored before they become an issue. Fibroids can be treated in a variety of ways, including simple monitoring. A uterine fibroid may nearly always be removed before it causes serious harm. Remember that you will most likely be absolutely unaware that you have ever had a fibroid!

What Happens If You Don’t Treat Fibroids?
Many fibroids may not require treatment at all. Many women, in fact, have no signs or symptoms of uterine fibroids. If your doctor detects your fibroids, he or she may simply opt to keep an eye on them during your regular checkups.

If you don’t treat your fibroids, they may go away on their own. If your fibroid appears during pregnancy, it may disappear once the baby is born. The shrinkage and elimination of fibroids after menopause is another common occurrence. Hormonal shifts between pregnancy and menopause, according to researchers, are to blame for these changes.

Fibroids: Can They Be Removed Without Surgery?
One of the most common treatments for fibroids with moderate to severe symptoms is surgery. Your doctor may urge you to take specific drugs if you have minimal symptoms. Fibroids are commonly treated with over-the-counter pain relievers. Hormonal medications, including as birth control pills and devices, can also help with symptoms like excessive bleeding.

Diagnosis of Fibroids
Fibroids are routinely discovered during a pelvic exam by gynaecologists. To ascertain the kind of fibroids you have, your doctor may also prescribe that you undergo one of the following diagnostic tests:

Ultrasounds provide a picture of your uterus and other pelvic organs using sound waves. A magnetic resonance imaging (MRI) scan is utilised to confirm the final diagnosis.

Treatment options for fibroids
You may not require therapy if you match the following criteria.

You have small fibroids. Aren’t causing any difficulties. When you’re approaching menopause, make an appearance.

Certain fibroids may be treated with medication. These medications are commonly used to control excessive bleeding and relieve menstrual pain:

– Menstrual cramps and discomfort can be relieved with birth control or other hormonal medications.

– A progestin IUD is utilised for women whose tumours do not distort the uterus.

– GnRH agonists can be used to break your menstrual cycle and perhaps shrink your fibroids. Typically, they are administered prior to surgery.

For long-term relief, your doctor may recommend that you have surgery to remove your fibroids. Surgical options for removing fibroids include:

Myomectomy: Any existing fibroids will be removed, but your uterus will be left alone. As a consequence, you will be able to bear a kid. It’s possible that more fibroids will form in your uterus, needing surgery in the future.

Hysterectomy: Your surgeon may remove your whole uterus as well as your ovaries, depending on the severity of your condition. When other treatments have failed to manage your fibroids, a hysterectomy is typically used as a final resort.

When Should You Seek Medical Help for Uterine Fibroids?
Despite the fact that uterine fibroids are seldom lethal, they can be unpleasant and have a negative impact on your quality of life. Don’t be scared to speak out if you’re in discomfort or having trouble becoming pregnant. There are a variety of ways to do this.

You may manage the uncomfortable symptoms produced by your uterine fibroids and go back to living your life with the help of a qualified, experienced team of specialists on your side. For the finest Fibroid treatment in Delhi, make an appointment with Dr. Madhu Goel now. 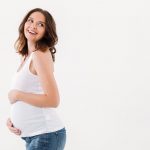 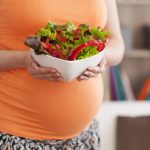 What should a pregnant woman eat during first trimester?Blog