TB cause infertility only when it infects the genital tract (Genital TB). Sometimes latent bacilli that are left over from infections that the body successfully fights off can get reactivated, and then spread through the bloodstream. It is only when it lodges and infects the genital tract, that TB can cause infertility. In the man it causes tuberculous epididymo-orchitis, blocking the passage, as a result of which the man becomes azoospermic ( no sperm enter the semen because the track is blocked). In the woman, it causes tuberculous endometritis (infection of the uterus) and salpingitis (infection of the tubes). This infection can often be silent, and may not cause any symptoms or signs at all!

Tuberculosis (TB) is still rampant in India, and TB of the genital tract used to be the commonest cause of tubal infertility in the past. Today, TB has become much less common, because of improved socioeconomic conditions. However, it is often misdiagnosed in infertile women, leading to a lot of heartbreak and distress.

Let’s start with some basics. First of all, remember that tuberculosis is an infectious disease which is caused by the tubercle bacillus. There is a difference between an infection with the tubercle bacillus and the TB disease. In India, most of us have been exposed to the tubercle bacillus. This is either because of exposure to patients who have TB; or because of vaccination with the BCG vaccine ( which is often given routinely to babies in India). This exposure helps us to become immune to TB and to fight the infection because it allows us to produce protective anti-TB antibodies which help us to fight off the bacillus in the body.

How does TB cause infertility? It does so only when it infects the genital tract. This is called genital TB. While the initial exposure to the tubercle bacillus is through the lungs ( because the bacillus is inhaled), most of us can fight off the infection, as a result of which it remains silent in the body, causing no harm. However, sometimes these latent bacilli can get reactivated, and then spread throughout the body through the bloodstream. They can then get deposited in any part of the body, causing a TB infection of that part. It is only when it lodges and infects the genital tract, that TB can cause infertility. In the man it causes tuberculous epididymo-orchitis, blocking the passage, as a result of which the man becomes azoospermic ( no sperm enter the semen because the tract is blocked). In the woman, it causes tuberculous endometritis ( infection of the uterus) and salpingitis ( infection of the tubes). This infection can often be silent, and may not cause any symptoms or signs at all!!

Genital TB is always hard to diagnose, because of the fact that it is a silent invader of the genital tract. The only reliable way of making a diagnosis is by actually culturing the tubercle bacillus from tissue sampled from the genital tract. Since it’s nearly impossible to take tissue from the fallopian tubes, in practice this means that the diagnosis is usually made by finding tubercle bacilli in the endometrial tissue, obtained by uterine curettage.

While a curettage is an easy procedure to perform, actually growing the bacillus in the lab , even in women with frank genital TB can be very hard, because this is a very temperamental bacillus, which grow very slowly in the microbiology lab. This is why few doctors try to grow the bacillus any more, and depend upon indirect evidence to cinch the diagnosis. The most reliable method is by making a histological diagnosis of tubercles. These are the typical lesions seen in tissue infected with the bacillus, and are usually diagnostic of the infection.

This is why it is so important that the doctor actually biopsy suspicion lesions ( tubercles) seen on laparoscopy to confirm that they are really because of tuberculosis ! Unfortunately, many gynecologists do not do this, and end up treating patients purely on their “gut feeling” !

Once the histologic diagnosis of TB endometritis has been made, then treatment with antiTB medicine must be started to prevent further progression of the disease. However, all patients with TB endometritis also have an infection of the fallopian tubes; and the damage caused to the tubes ( TB salpingitis) is irreversible. These patients will have irreversible tubal infertility, and the only treatment option available for them would be IVF. In the past, some doctors would try to do surgery to repair the tubes, but this is futile surgery, because the tubes never work properly once they have been infected. Tubes which have been severely damaged may form a hydrosalpinx, and may need to be removed surgically, prior to IVF, if they are very large.

However, often the diagnosis of TB can be hard to confirm. Often patients present with a diagnosis of blocked tubes, and while the doctor may suspect the tubes have been blocked because of a TB salpingitis in the past, because the infection has burnt itself out, it’s not possible to confirm the diagnosis. This is why some doctors empirically start treatment with antiTB medicine, based on their clinical suspicion. Unfortunately, what this means is that many patients who never actually had TB are mis-diagnosed as having TB, and subjected to 9 months of wasteful medical therapy – which just wastes time and money. Interestingly, once anti-TB has been started, it is no longer possible to confirm a diagnosis of TB, as the antiTB medications kill the bacilli. It is important to prevent this unnecessary overdiagnosis and overtreatment by insisting on proof before starting antiTB treatment.

In order to improve the ability of the doctor to make a diagnosis of TB , many laboratory tests have been introduced to help detect the presence of the tubercle bacillus. One of the most promising tests was the PCR – polymerase chain reaction. This test can pick up even minute quantities of DNA, and it was hoped that if the lab could pick up the presence of DNA sequences unique to the tubercle bacillus, this would help to make a unequivocal diagnosis of TB infection. Unfortunately, this test has proven to be too unreliable. Because it is very expensive, it has not been validated in the fertile population, as a result of which there are too many false positives – in fact, in some labs, over 50% of the samples sent to them test positive for PCR for TB ! This obviously means the test is unreliable, but doctors continue doing it, without understanding its limitations and pitfalls – and patients are unnecessarily subjected to the trauma of 9 months of useless treatment !

One of the other popular tests for detecting “silent TB” uses ‘reproductive molecular immunology’ techniques for PAMP ( pathogen-associated molecular pattern ) for immunopathological evaluation.

This is quite a mouthful – and because most gynecologists do not know how to interpret the test results, they blindly go ahead and “treat” the patient with antiTB drugs when the test comes back as positive ( even though the test results have no clinical significance .)

So why do gynecologists continue to do these tests ? For one thing, it’s easy to order these tests – and it’s very profitable for them to do so ! Also, most gynecologists are not infertility specialists so they are quite happy to “start treatment” with medicines ( since this is something which is within their area of competence). Finally, no expert is willing to get up and explain to them why these tests are useless. Because of the peer pressure, when one gynecologist sees another doctor advise these tests, they start doing so blindly. The herd mentality can be a very powerful influence !

The other group of tests which is very popularly misused to make the diagnosis of TB are the blood tests which test for the presence of antiTB antibodies – both IgG and IgM. Firstly, remember that these tests are not picking up the presence of the TB bacillus – they are only testing for the presence of antibodies ( produced by the immune system to protect the body !) against the TB bacillus. As most Indians have been exposed to the TB bacillus, it is hardly surprising that many have the presence of antiTB antibodies, and often test positive. Doctors often believe that this is proof of TB infection, and promptly start treatment ! However, these tests are so unreliable, that the Government of India has banned their use ! You can read more about this at http://www.safemedicinesindia.in/blog/2012/06/ban-on-inaccurate-blood-tests-to-diagnose-tb/. . If your doctor advises you to get these tests, find another doctor !

The Mantoux ( tuberculin) skin test is equally unreliable. It tests merely for the presence of immunity against TB – and can be similarly misinterpreted.

In summary, the diagnosis of TB of the genital tract remains notoriously difficult to make. Most patients are misdiagnosed as having TB when in fact they don’t, and many are treated for no good rhyme or reason !If your gynecologist diagnoses you as having genital TB based on these unreliable tests, then please do NOT start anti-TB medicines. Please insist on getting a second opinion from a physician, preferably once who is a TB specialist !

While TB damages the fallopian tubes irreparably, it also damages the endometrium. In most women, if the diagnosis is made quickly and the infection treated promptly, the uterus heals well, partly because the old uterine lining is shed every month in the menstrual period, and a new one ( which is healthy) regenerates. However, in severe cases, the TB endometritis does not heal, and leads to scarring and severe fibrosis and adhesions. These patients usually have scanty menses – and in some of them, the periods may stop completely, because the uterine lining has been burnt out. They have severe Asherman’s syndrome ( intrauterine adhesions); and this can be diagnosed by doing a hysteroscopy. Unfortunately, there is no effective treatment for this, as endometrial tissue after TB can become very avascular, and the only option for these unfortunate women is either surrogacy or adoption. 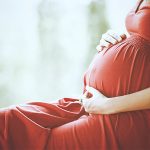