8 Early Pregnancy Symptoms You Should Be Aware Of

Missed period is usually the most common first symptom of pregnancy. But there are other symptoms as well that may raise a suspicion of pregnancy, especially if you have not used any contraception. Many times, the symptoms of early pregnancy resemble premenstrual symptoms and might lead you to believe that the period will happen soon. Some women notice symptoms even before they have missed their period, some experience them later while some women might not experience them at all. These symptoms can vary from woman to woman. We will discuss some of the most common early pregnancy symptoms below.

Increasing levels of the pregnancy hormones in the body cause heaviness, soreness, tenderness or sometimes even pain in the breasts. This is one of the earliest symptoms of pregnancy.

Bloating and constipation are common early signs of pregnancy. The increasing levels of progesterone in the body causes the digestive tract to slow down, thus leading to these symptoms.

Experiencing tiredness throughout the day  is very common in early pregnancy. Inability to sleep at night and day time sleepiness can also cause fatigue. This happens because your body is working extra hard to support the growing pregnancy.

Irritability, feeling depressed for no reason and mood swings during early pregnancy are not uncommon. The increase in the level of hCG hormone and fatigue often makes you prone to moodiness.

Cramps and backaches, which are often mistaken for premenstrual symptoms, can also happen early in pregnancy. These are due to the enlarging uterus and hormonal changes happening in your body.

You might notice a need to pass urine more frequently. This happens because the enlarging uterus puts pressure on the urinary bladder. Also, the kidney produces more urine due to an increase in blood supply.

After about 10 to 14 days after conception, the fertilized egg implants into the inner lining of the uterus causing vaginal spotting or bleeding at around the time of expected period. It is usually lighter in quantity and shorter in duration. This is called implantation bleeding. However, it might often be mistaken for periods.

Headaches in early pregnancy may happen for a variety of reasons. The common reasons are fatigue, eye strain, inability to sleep at night, dehydration or low blood sugar levels due to acidity, nausea and vomiting associated with pregnancy, caffeine withdrawal, nasal stuffiness or congestion and changes in blood volume.

What are the Major Causes for Not Getting PregnantBlog 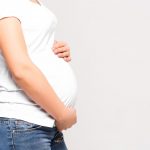 5 Positive Ways To Prepare For LabourBlog